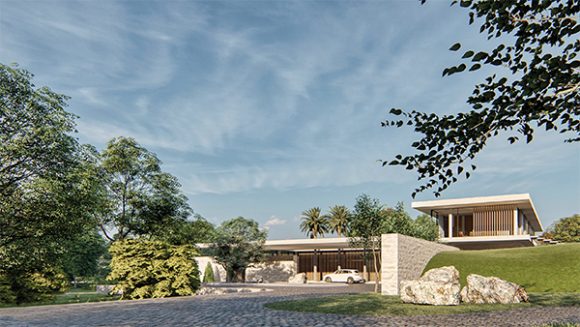 Dori Hitti, a multi-award winning Lebanese interior decorator, architect and designer, is renowned for creating high-end designs with unique twists all around the world.

Credited by many as being the pioneer of contemporary architectural designs, Dori Hitti first pursued his interest in the arts in Florence, Italy at the Accademia delle Belle Arti. It was here in 1991 that he later specialised in Arredamento Progettazione di Interni (interior design) at the city’s Palazzo Spinelli School. On his return to his native Lebanon, Dori built a reputation as a leading interior designer known for working with clients from concept through building to attain their dream spaces.

cialised in bringing opulence and perfection to all areas of interior and exterior design. His talent for designing and creating exceptionally beautiful and high-quality designs with a unique twist of individualism has won him many high-profile design projects in the Middle East, Europe and USA. These span the domains of residential apartments and villas, to yacht interiors, boutiques, spas, restaurants, hotels and many others. Having also gained recognition for collaborations with many international artists, Dori’s target audiences are people who appreciate art and have an eager urge to make their desire a reality.

Due to his vast and extensive assortment of projects, Dori’s influence and style are admired and recognised, making him one of this decade’s leading interior designers. He was selected as one of the Top 50 Middle East Talents by Architectural Digest magazine. His project HD South Villa also received the highest ranking five-star award in the 2019-2020 Best Architecture Single Residence Lebanon category of the highly prestigious Arabian Property Awards. The villa was also nominated to compete for the Best in Arabia category.

Designed in collaboration with Dori’s colleague Nabil A Rjeily,
HD South Villa is a private residence in South Lebanon, situated at 220 metres above sea level on a 12,000m² piece of land. The villa is built on only 30% of the total area leaving 70% of the surrounding greenery. Its concept was based on simple pure lines with maximum luminosity and skylights. Providing access to green landscaped areas in any location throughout the house, including the upper floor, was of high importance.

The villa’s design has been inspired by the famous architect Miles Van Der Rohe’s projects, such as Farnsworth house and Barcelona Pavilion. Taking into consideration the modern design, the tiled roof was replaced by a ‘green’ roof with solar panels, to blend even more with the surrounding nature.

As to the future, Dori’s vision is to grace the halls of celebrity even further. What’s more, he hopes to be able to one day attain an international name for himself that can coincide with the most famous designers of the 21st century.