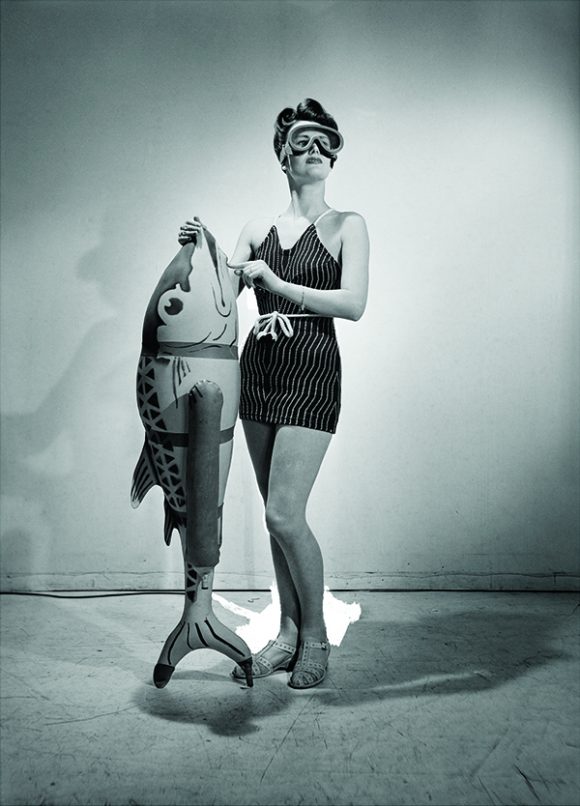 The wider world came across Lee Miller when the house in a remote part of East Sussex – where she and her husband Roland Penrose lived after 1949 – opened as a mini museum. Works by Penrose are dotted about the faded rooms of Farley Farm but the more interesting artist was Miller, whose photographs have fared better than the dull paintings by her husband.

Penrose, who was friends with all the greats from Picasso to Max Ernst and Salvador Dali, organised the first exhibition of Surrealism in London (a number of pieces from that show are included here) but Miller’s contribution to the movement has been overlooked. She is famous for having been snapped posing in Hitler’s bath but less known for having documented the atrocities of war with a Surrealist’s eye. The discovery at Farley Farm of a cache of 60,000 photographs crossing the fields of art, fashion and journalism has changed all that.

← Interiors: Creating the right mood
Art: Dates for your diary this winter →