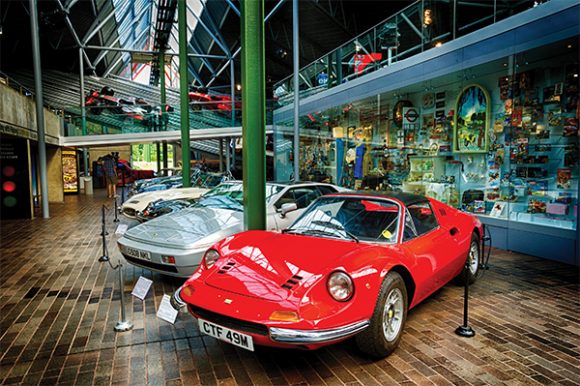 The UK’s finest collection of cars and motorbikes is housed in the grounds of Beaulieu Palace House and was founded in 1952 by Lord Montagu of Beaulieu.

The collection focuses on vehicles that were built in the UK from the humble Mini and Morris Minor to Formula 1 cars. A number of land speed record holders including Bluebird, a gas turbine powered car driven by Donald Campbell that broke the 400mph barrier in 1964, are also included.

The museum is currently celebrating 50 years since the Chitty Chitty Bang Bang movie was first screened displaying one of the four cars made for the film along with many other contraptions and movie props. It is also home to many other cars made famous on film or television. A large collection of cars made by the Top Gear presenters that appeared on the TV programme over its 180 shows including the Reliant Robin Space Shuttle and the cars that attempted to cross the English Channel. Visitors can also see the Ford Anglia from Harry Potter and the Chamber of Secrets, the Jaguar XKR from the James Bond movie Die Another Day and Mr Bean’s lime green Mini. 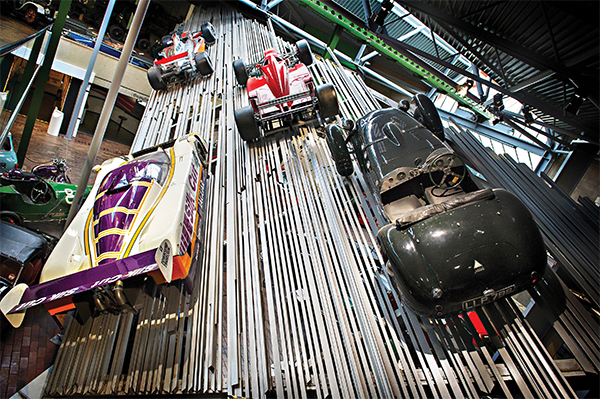 To help in the preservation of this exceptional collection, the museum has formed a car club limited to just 100 members. The club has a packed social programme taking place throughout the year which is exclusive to members only. According to Pink Floyd drummer, Nick Mason, a renowned collector of cars and a member of the club, the Beaulieu One Hundred is ‘probably one of the smallest yet most distinguished car clubs in the world’.

If you would like to enquire about membership call +44 (0)1590 614634 or email [email protected] and please mention International Property & Travel magazine.
www.beaulieu.co.uk