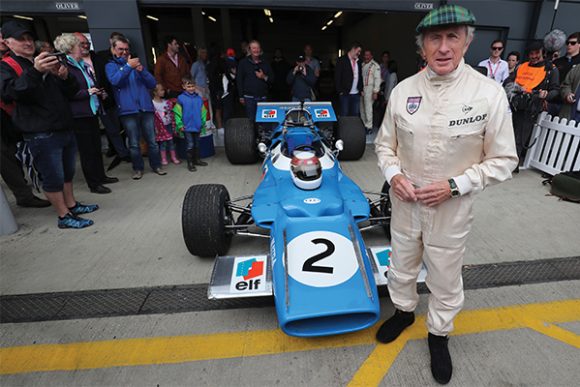 As one of the major highlight’s at this year’s record-breaking Silverstone Classic, racing legend Sir Jackie Stewart returned to the home of British motorsport to celebrate the 50th anniversary of his first British Grand Prix victory at the Northamptonshire circuit back in July 1969.

Marking the golden anniversary of that magical milestone – a win that propelled the Flying Scot towards the first of his three world championship titles – Stewart was back behind the wheel of his race-winning blue Matra MS80-02 for some evocative laps on both Saturday and Sunday afternoons.

The Scot was also happily reminiscing with some of the 100,000+ visitors to the Classic and back on the Silverstone podium, this time to present prizes to the winners of the event’s pair of blue-riband retro F1 races featuring glorious DFV-powered Grand Prix cars dating back to the sport’s halcyon epoch between 1966 and 1985.

← Finery: Out of the blue
Property Profile: Cyberjaya, Putrajaya →