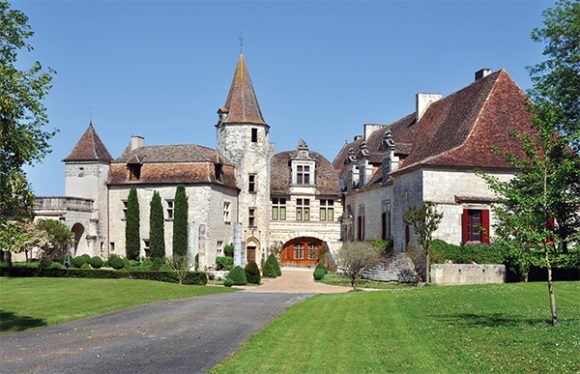 Superb listed château with beautiful views, ramparts and a large courtyard. Formerly the seat of an eminent family,it comprises three parts built from the 12th to 18th century: the medieval wing from the 15th century, a Renaissance wing and a central body called the Dome.

The medieval castle on the left is the oldest part with 500m² of renovated living space on three floors. It retains original features (fireplaces, terracotta floors, stained glass and interior shutters), a tower and 15th century door. Modern comfort runs throughout the Renaissance castle on the right which also has 500m² of living space but across two levels. State rooms feature a guards’ room of nearly 200m² with period tiling, French ceiling, stained glass windows, listed Renaissance fireplace. The King’s room has a French ceiling, stained glass and listed fireplace. The Duke’s room is similar to the King’s room while the Dome built in the 17th and 18th century connects the two wings.