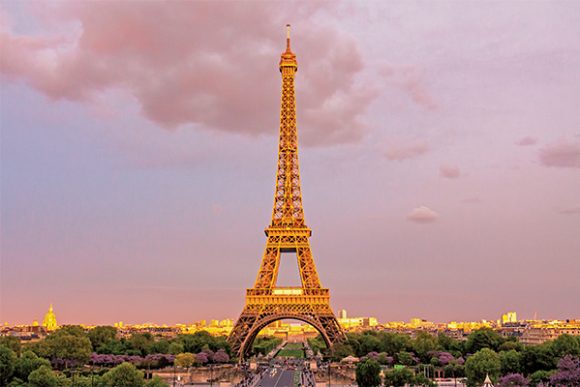 If the idea of a château in the countryside, a sumptuous villa in the Cote d’Azur or a plush Paris apartment takes your fancy then look no further

The benefit of a wide range of property styles in an equally broad choice of stunning locations proves a massive attraction for buyers looking for a place in France. In fact, as Jane Berry, head of Prestige Property, Leggett Immobilier, reports, “The high-end property market in France has hit new heights as demand soars and a record 970,000 property sales were recorded last year – an increase of 71% since the depth of the Crise Financiere.”

Strong demand from domestic (French) buyers has increased prices in Paris by around 5% in the last year. “However, over the last 12 months,” continues Ms Berry, “international buyers have jumped from being 9% of the prime market in Paris, to 14%, as investors appreciate the value of property here, compared to other global capitals such as London, New York, Singapore and Hong Kong (where the price per m² is double that of Paris).

“For our Prestige buyers looking for a country property, there is always a wonderful choice to be had throughout France, and Leggett currently have listed over 170 beautiful chateaux and country homes, at under €2 million. The most important factor by a long way, is as always, ‘location, location, location’, but even that is no longer enough it seems, as buyers are now also demanding high-speed internet access, not only for international communications but also for taking advantage of the multiple energy saving and hi-tech home management/security devices on the market today.  So clearly, technology will play an increasing role in what buyers are looking for in the years to come.”’

Despite Brexit, Tim Swannie, director of buying agency Home Hunts, tells us that his company still helps more Brits to buy in France than any other nationality (currently, around 35%). “As a whole, the French property market hasn’t really been affected,” he explains, “and we have had more clients from mainland Europe over this past year or two, particularly from Germany, Switzerland, Scandinavian countries and Benelux.”

Prime property markets in France are on the up, with prices slowly rising in the South and the Southwestern regions, and very rapidly in Paris. “Interest rates in France are low and competitive at the moment,” says Mr Swannie, “so many British buyers look to take a mortgage rather than spend all of their sterling. That way they will be able to pay off their mortgages if the exchange rate strengthens in the future.”

He advises that Cannes is the number one place to buy apartments to rent out on the French Riviera because of its events held all year around. “Nice is also great for buyers looking for a good long-term investment, especially as improvements to public transportation mean that you can now literally land at the airport and walk out straight on to a tram and be downtown in 10 minutes or so. The back country of the Riviera is popular with families who want a more laid-back way of life whilst having access to the sea (and also the mountains in winter), and we have seen a real increase in budget for buyers in the Mougins, Valbonne and St. Paul de Vence areas.

“Paris has been booming for the past few years and it is really benefitting from Brexit currently. This is particularly true with buyers from outside the EU, such as the Middle East, China and USA, who are now choosing Paris instead of London as the best city to have their European base. The 6th and 7th arrondissements are still extremely popular but we have found the largest amount of interest has been in the 8th and 16th districts, because these two areas are well known to the wealthy and offer high financial security for investors. Prices keep increasing for Haussmannian-type building apartments in particular, and there is a rising trend in buyers looking for spacious apartments to renovate to add value to their property and take advantage of the rising house prices.”

Mr Swannie is also noting an increase in demand for more rural locations in France. “This is where you can get more for your money, especially in the south-western part of the country,” he explains. “It particularly appeals to retired couples as well as families who look to relocate and create an income from holiday rentals. Areas like Nouvelle Aquitaine and Occitanie offer varied property styles and lifestyle choices, from tiny hilltop villages, to international cities such as Bordeaux or Toulouse and stunning rolling countryside. Prices have remained quite stable for the past two to three years, but some locations are seeing a rise and we expect sales to increase in this part of France in the second half of 2019.”