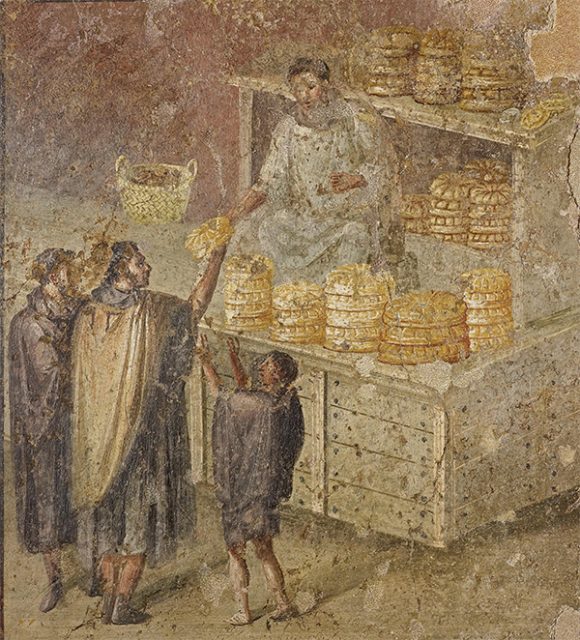 When Vesuvius erupted in AD 79, the people of Pompeii were doing what Romans loved best – eating, drinking and producing food from the many kitchen gardens and vineyards serving the city.

They range from the spectacular furnishings of the Roman dining room to food carbonized as the volcano erupted. Even in death, they were obsessed with food, burial chests show them as reclining banqueters feasting in the afterlife.

The exhibition includes a recreated Roman dining room or triclinium with frescoes from the House of the Golden Bracelet, mosaics, silver dinnerware and a statue of Apollo bearing a tray of food as well as a filthy kitchen where the food was prepared by slaves. The exhibition closes with the now-famous ‘resin lady’ of Oplontis who had taken refuge in one of the storerooms – a gruesome relic.

Until January 19th at the Ashmolean Museum, Oxford, UK