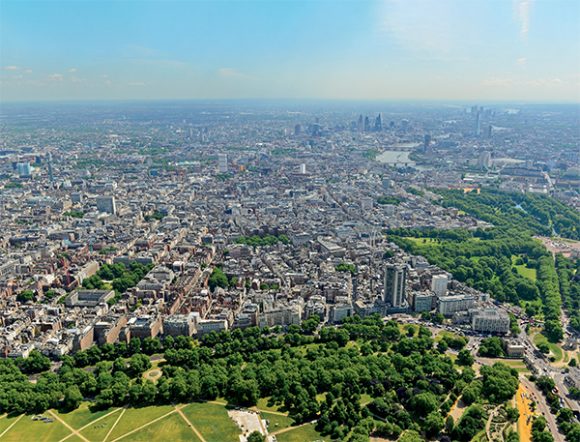 London: The Magic of Mayfair

Mayfair is moving forwards; no longer lingering in the past, it is heading for a bright new future.

Hannah Aykroyd, founder and MD of Mayfair buying agency Aykroyd, explains, “The new proposed Westminster City Plan released on 18th of June sets out planning policies in Mayfair, working toward more open green spaces and an environment that encourages business growth. What this means for the borough is that the old Mayfair passing away. The Mayfair residential property that you see now, will not be repeated. You will not see new Mayfair mansions with double basements. What you will see, what you are already seeing, is an amazing, incredibly high-end selection of new residential property available or scheduled to be available in the next five years.

“Mayfair has always been a highly sought-after area, but for many it had lost attractiveness from a residential perspective. However, this has been changing recently with an influx of impressive super prime schemes coming to the market. Taken all together, this is the biggest change Mayfair has seen in more than a century.”

Simon Barnes of the buying agent, H. Barnes, agrees that Mayfair has undergone and continues to undergo a radical transformation. “This is creating a unique characterful ‘independent village’ backed by the major landlord – the Grosvenor Estate, which is committed to creating a bespoke shopping and social hub with a distinctive character. As you walk around Mayfair you will often see the front façade of a listed building being propped up by scaffolding, yet behind everything has been knocked down only to be reconfigured and inside everything is brand new creating a perfect layout designed to entice and appeal to the discerning shopper, the happy ‘moocher’ or the fortunate resident.

“Little do passers-by realise that behind the period frontages of Mayfair townhouses are generous, long, secluded private gardens to the rear. Practicality, security and desirability of having your own private garden in London are three important factors that will make these properties in demand and prices will carry a premium. Buyers can wait a very long time for such properties to be available and often they are never publicly launched.”

As far as the ‘Golden Triangle’ is concerned – the prime central London enclaves of Knightsbridge, Belgravia and Mayfair – Patrick Alvarado, director of Nicolas Van Patrick,

reports that Mayfair property has performed the strongest over the past few years. Paul Pavlides, sales director, Chestertons (Mayfair), has also noted a 7.2% increase in the number of new applicant registrations compared to the same period in 2018.

“This is not currently being matched by increased transaction levels however and there are a couple of reasons why,” he explains. “Firstly, there is still a shortage of properties coming to the market as some vendors wait for values to recover, and secondly, buyers here are predominately from overseas and exchange rates play a key part in their transactional decisions. Brexit has made sterling more volatile and many foreign purchasers are waiting to see whether the pound depreciates further before committing. Having said that, prices have come down circa 15% since 2014 and some buyers are seeing it as an opportunity to grab a bargain.”

David Johnson, co-founder and managing director of Inhous property consultancy, believes that Mayfair’s typical buyer portfolio is changing. “The area is no longer populated with international residents who live out of London for most of the year. It is the London commuter who is moving in and looking for a ‘central London pad’ to reside in from Monday to Friday.”

A final observation comes from Fred Scarlett, sales and marketing director at Clivedale London, who says, “London is London and despite all the recent political upheaval regarding Brexit, increasing numbers of buyers are keen to purchase now for the right product. Motivation varies buyer to buyer but we are at a turning point in the market cycle. After a period of slower sales, a weak GBP and the best quality new build schemes coming to market, is creating a huge amount of interest which in turn has led to a significant uplift in sales numbers, further reducing inventory.”