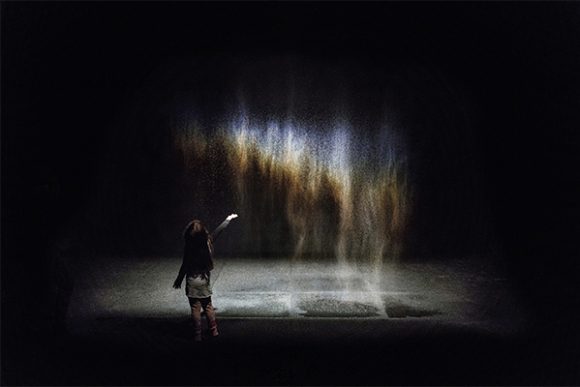 Those lucky enough to have seen the Tate’s Turbine Hall installation The Weather Project in 2003 have a second chance to experience the magic of the Icelandic artist.

His genius is in creating immersive installations using light, water, colour, mist, mirrors, smoke etc in which the interaction of the visitor can be as important as the work of art. More than two million people visited The Weather Project – many returning to experience it a second time.

Eliasson, who now lives in Berlin, a city he says has gone from being radical to ‘conventional’, engages closely with issues of climate change and the environment as well he might. A recent undertaking was to re-take a series of photos of glaciers in Iceland. You can guess the outcome of