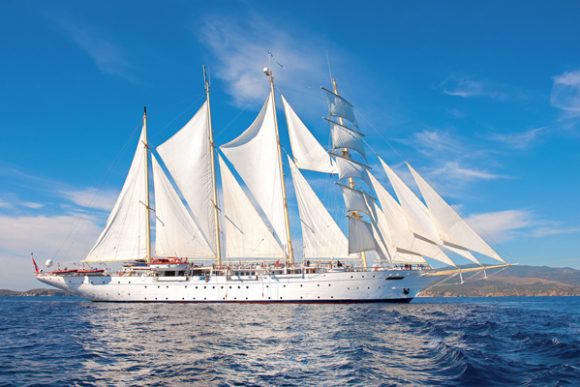 If you’re looking for an adventure which includes the atmosphere and character of traditional sailing but with all the comfort and luxury of modern cruises, Star Clippers has a fleet of three strikingly tall sailing ships. These four and five-masted boats make a lasting impression on anyone who sales in them and will leave you feeling nostalgic for the days when these kinds of vessels ruled the oceans. Royal Clipper, the largest of the three, is joined by Star Clipper and Star Flyer in offering tall ship cruises to sailing and adventure enthusiasts all over the world.

In contrast to the historical feel of the ships, the facilities on board are both modern and stylish. There are different categories of staterooms, all of which are equipped with en suites, televisions, phones, DVD players, hair-dryers and a safe, and some cabins also have their own private veranda or open straight on to the deck. Each ship has multiple swimming pools, a library and bar areas to relax and enjoy the delicious cuisine. 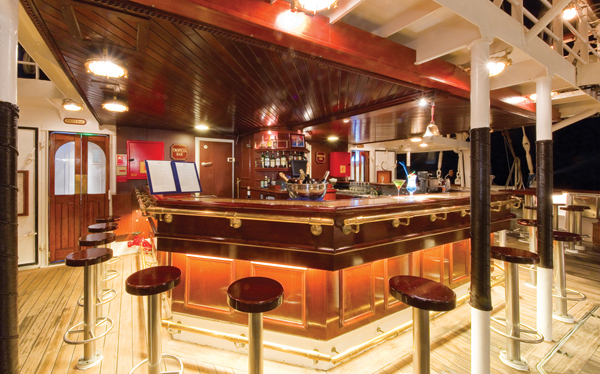 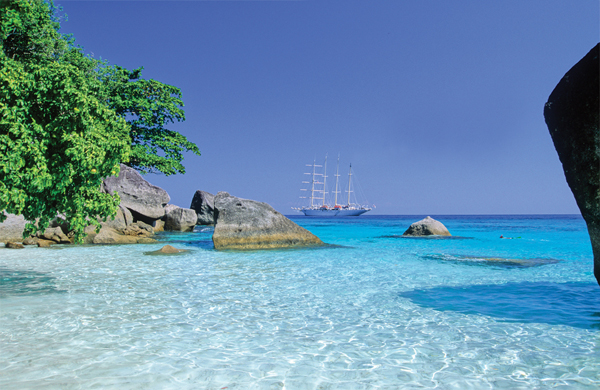 Some of the company’s South-East Asia cruises visit the fantastic city of Singapore. The impressive skyscrapers tower all around you but are delightfully offset by places such as Gardens by the Bay and the National Orchid Garden. Whilst the shops of Orchard Road and restaurants of Clarke Quay offer a lively atmosphere, there is always the chance to find a moment to yourself in the various temples and on islands like Pulau Ubin.

This year Singapore celebrates 200 years since Stamford Raffles laid the foundation for the modern city, now one of the most cosmopolitan and modern cities in Asia. One of the best times to be in Singapore will be in September, when the Formula 1 teams are also in town for the Marina Bay Grand Prix, from September 20th – 22nd. Asia’s first street race around the city and along the esplanade is now an annual fixture and the cars speed past the waterfront, historic buildings, exotic gardens and the City Hall, at up to 300km per hour.

A must for GP fans is only bettered by a week’s round trip sailing from Bali on board Star Clipper, departing on September 14th. A three-night stay at the Parkroyal on Pickering in Singapore, followed by a seven-night tall ship cruise from Bali, through Indonesia’s exquisite and idyllic islands, to return to Bali for a two-night stay at The Conrad Bali.