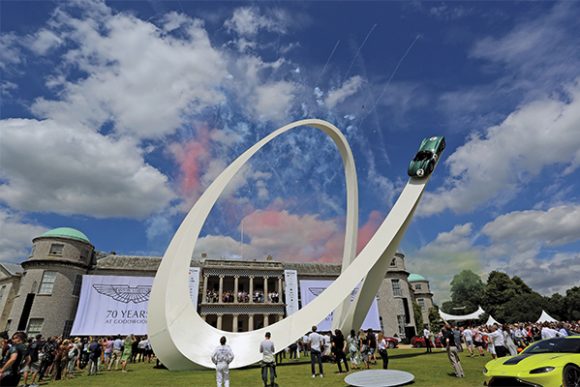 The first took place in 1993 with a small crowd attending, 26 years later the four-day event sees hotel rooms nearby charge over £1,000 due to the scale of demand. Over 600 cars powered by steam, petrol, diesel and electricity take part with famous racing drivers hoping to secure the record for the fastest time up the hill.

The record was taken this year by the Volkswagen ID.R driven by two-time Le Mans 24 Hours-winner Romain Dumas in just over 41 seconds. The record had remained unbroken since 1998 when a Formula 1 McLaren driven by Nick Heidfeld managed the same hill half a second slower.

If you missed the Festival of Speed tbut still want to enjoy motorsport at Goodwood then attend the Revival taking place on September 13th to 15th.