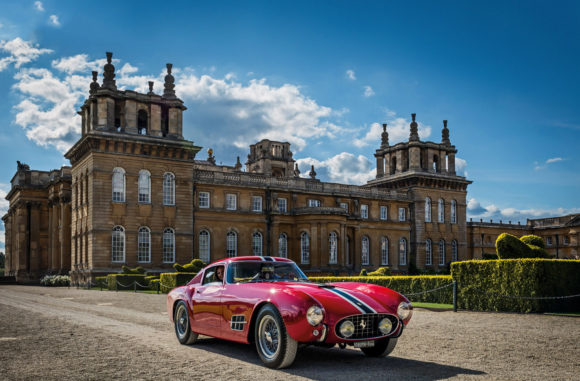 Now in its 12th year and held in the stately grounds of Blenheim Palace, Salon Privé is one of the most important dates for the summer diary of those who love cars and elegant society events. A total of 7,000 guests visited over the three days of the event at the beginning of September.

This year, not one but two Concours were held and over 3,000 people attended the inaugural Concours Masters ‘Tribute to 70 Years of Ferrari’. Highlights of the awarded cars included Walt Disney’s 1956 Ferrari 250 GT Berlinetta TdF which was crowned Owner’s Choice, with 2004 Ferrari Enzo taking home the Chairman’s Award. The V12-powered 1961 Ferrari 400 Superamerica SWB Coupe Aerodinamico was presented with Marquis of Blandford Award, while the 1964 Ferrari 500 Superfast took the People’s Choice.