Stretching along the Pacific coastline, rugged British Columbia is Canada’s most westerly province, attracting walkers and skiers to its stunning mountain range. Home to Whistler where the 2010 Winter Olympics were co-hosted, there’s plenty more to discover in this wild and wonderful destination which abounds with reserves and parks such as the Glacier National Park and the Pacific Rim National Park. British Columbia may best be known for its wide open spaces but it also boasts vibrant cities such as Vancouver which lies on its southern border. According to Knight Frank’s Prime International Residential Index (PIRI) this exciting city came top out of 100 markets analysed with prime residential property prices in Vancouver rising by 25% in 2015, outpacing other markets by some margin.

The report pinpointed several factors for the steep increase such as a lack of supply coupled with foreign demand, spurred on by a weaker Canadian dollar to explain Vancouver’s outstanding performance. Online trading platform easyMarkets has been watching both the Canadian dollar and the British pound under pressure in the face of Brexit and Brent crude falling again below the $40 a barrel mark.

“Both met with mixed reaction, not giving any clear direction for either currency. However, the pound has seen significant declines against the Canadian dollar since the start of the year where it traded around the 2.0419 mark, whereas of today, one pound will only get you 1.8797 dollars. That’s almost a massive 8% decrease for the first quarter. Pound volatility until the vote is offering great opportunities for traders but is making it tricky for those investing abroad right now.”

Picking the best time to invest may be challenging but there are plenty of other reasons to buy a high-end home in British Columbia. Canadian cities in general regularly top the ‘Quality of Life indices’ with cities such as Victoria and Vancouver scoring highly. The Global Residential Cities Index – which tracks the mainstream market – ranks Vancouver 10th of 165 cities around the world and, according to the Knight Frank Wealth Report 2016, Vancouver has more than its fair share of wealthy buyers. Statistics reveal the city has 25,300 millionaires, 720 multi-millionaires and 262 UHNWIs. Between 2005 and 2015 there was an increase of 68% in the UHNWI population and the report predicts that there will be 36% increase in UHNWIs by 2025. 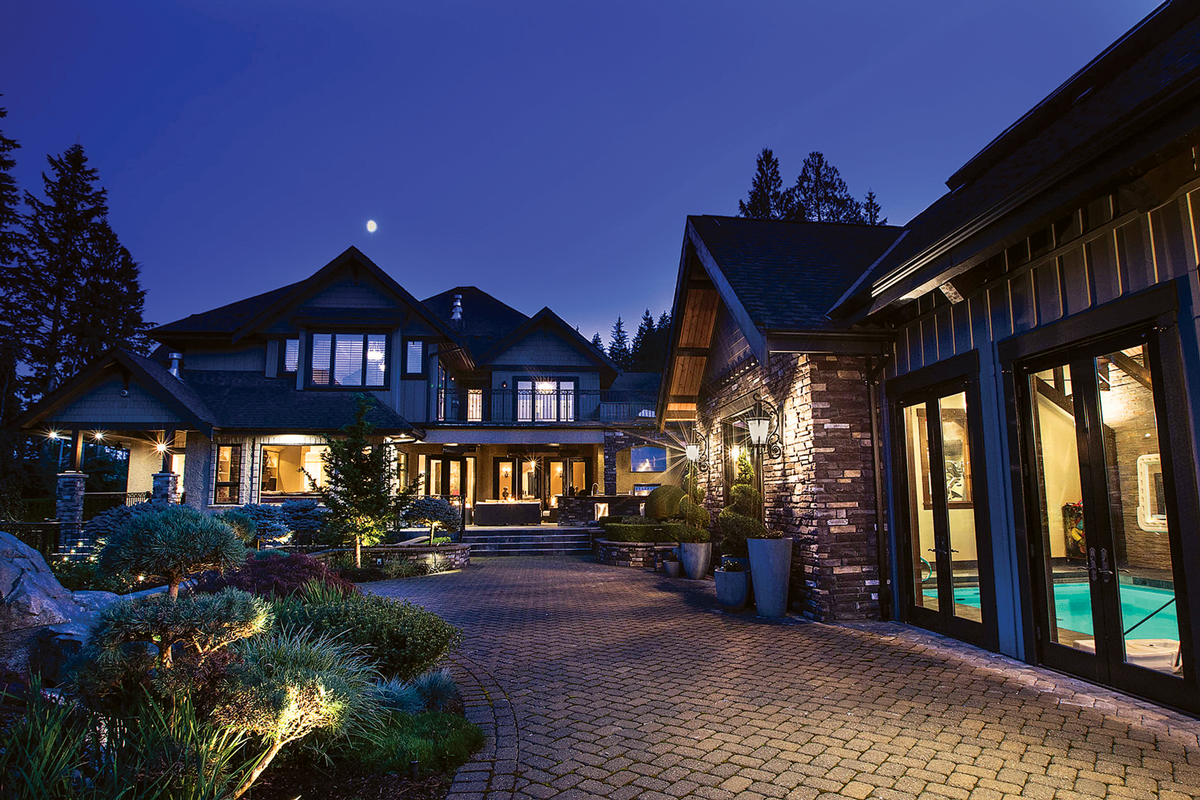 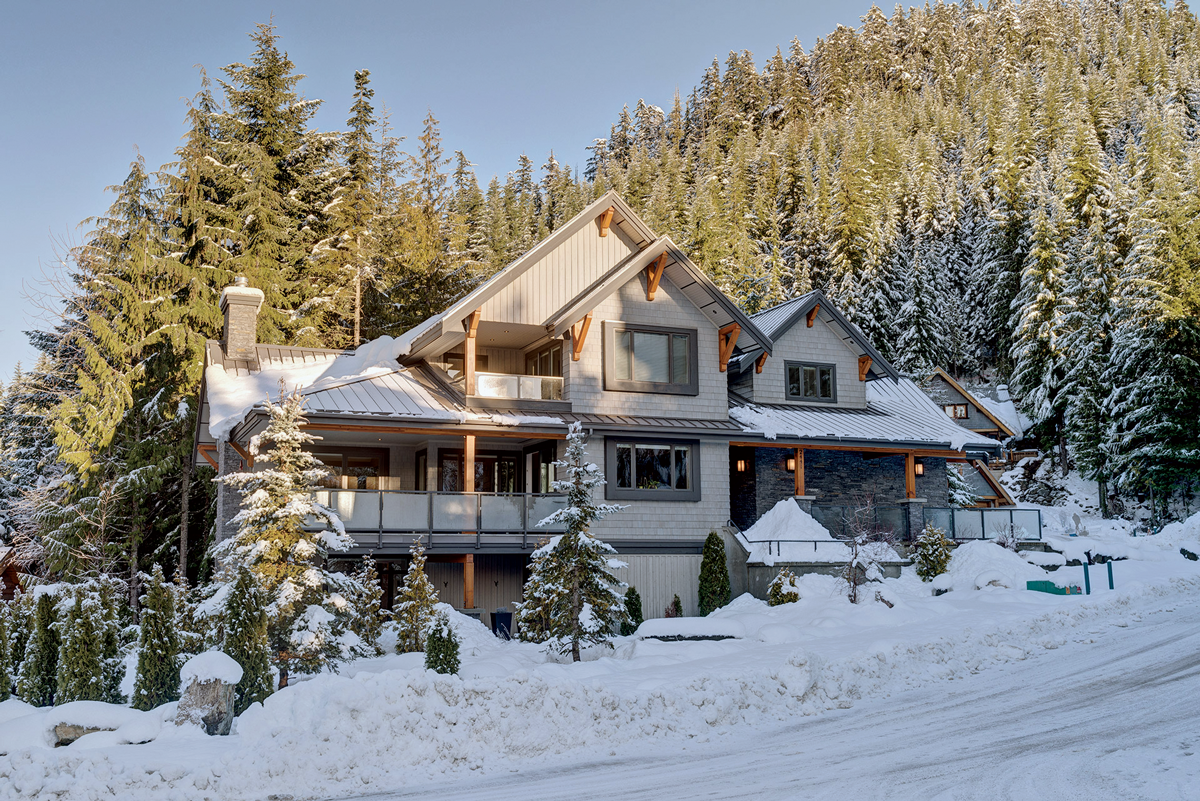 Snow Valley Place, Whistler
Within the famed Whistler resort, this five-bedroom chalet is positioned high above Creekside Village with views across the surrounding mountains and Alpha Lake. Moments away from the Creekside gondola which connects skiers to the rest of the Whistler resort, the property has its own village atmosphere with dining and ski shops. Additional amenities include covered patios with hot tubs and an outdoor fireplace.
£2.27m / €2.86m / $3.26m
Canada Sotheby’s International Realty t: +1 604 932 3388 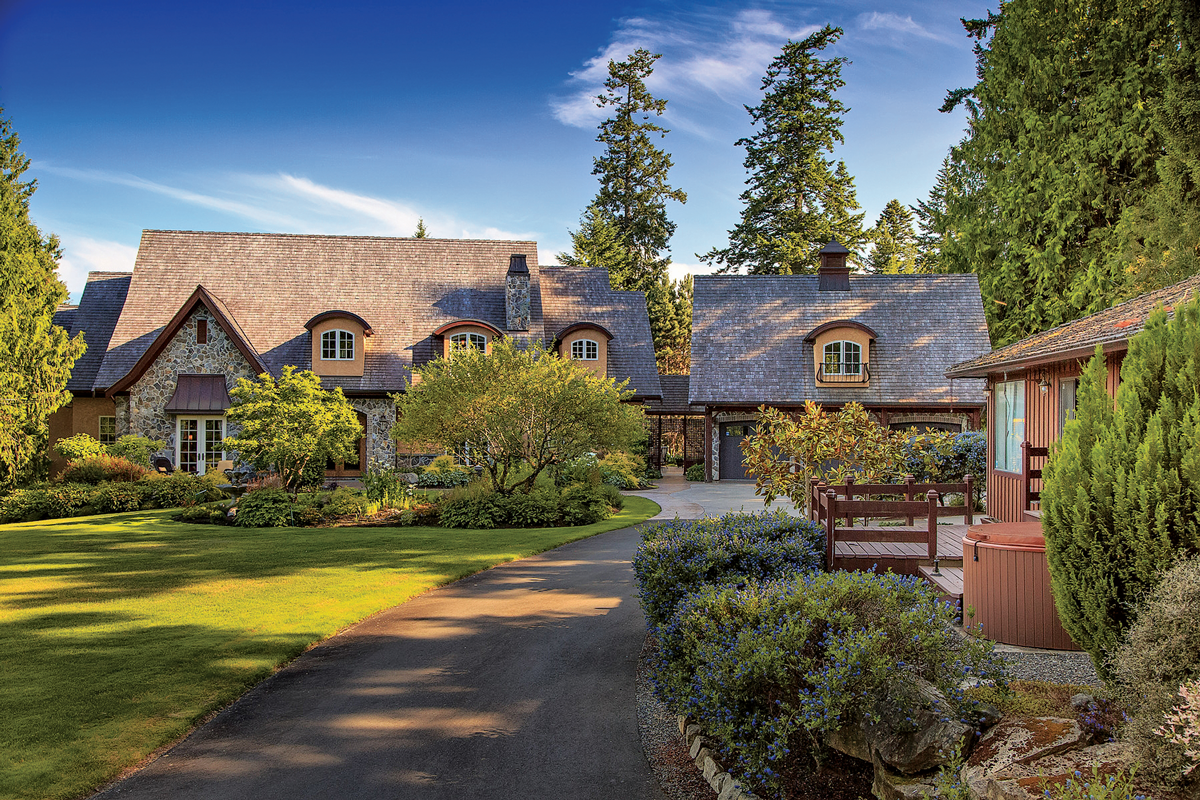 Victoria
Situated above Mt Newton Valley, this chateau-inspired 2010 masterpiece has six bedrooms and seven bathrooms, a two-bedroom cottage, barn and over 11 acres. An adjoining three-car garage also has a fully contained suite above. Cast from stone, stucco and wrought iron with copper accents the main house offers entertainment size living space, a main floor master retreat and walk-out to a slate terrace viewpoint. The property’s sunny vantage point provides magnificent vistas towards the ocean in the east and the much-coveted Mt Newton Valley to the south.
£1.86m / €2.35m/ $2.68m
Sotheby’s International Realty Canada +1 250 661 7232 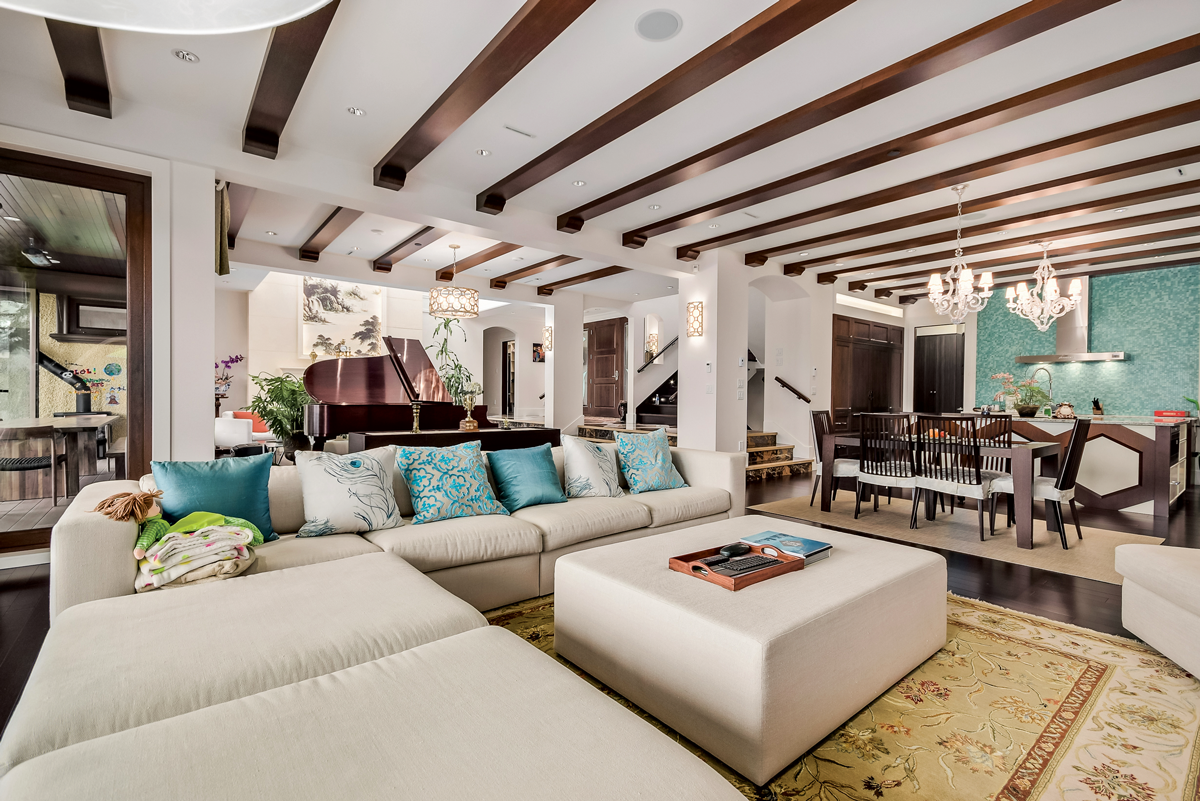 Whytecliff, West Vancouver
This stunning, newly completed, seven-bedroom home offers ocean access down to Horseshoe Bay. As the neighbouring estate is available to purchase, this presents a very rare opportunity to combine two lots of around 40,000 square feet. The property has an expansive foyer with rare stone floors, custom millwork throughout, a kitchen with a huge semi-circular island and a professional home theatre with a beautiful ocean view. The master bedroom suite features hand set, stone/glass tile-work, a double-sided fireplace and an ocean side freestanding soaker tub. The outdoor area offers entertainment-sized patios with a 55 foot ocean front pool and is tiered for access right down to the water’s edge where there is a ring set in the granite on which visiting private yachts can be tethered.
£12.41m / €15.64m / $17.84m
Knight Frank +44 (0)20 7861 1108